Mar de Frades represents the deeply rooted traditions of the historic home of the Albariño varietal: Val do Salnés.

Val do Salnés is where the story of mono-varietal Albariño wines began, and where the most sophisticated white wines from Spain are made, characterized by their freshness and aromatic intensity.

The winery's modern design resembles a sailboat. It is an innovative winery, whose iconic blue bottle symbolizes the modernity of Atlantic wines. 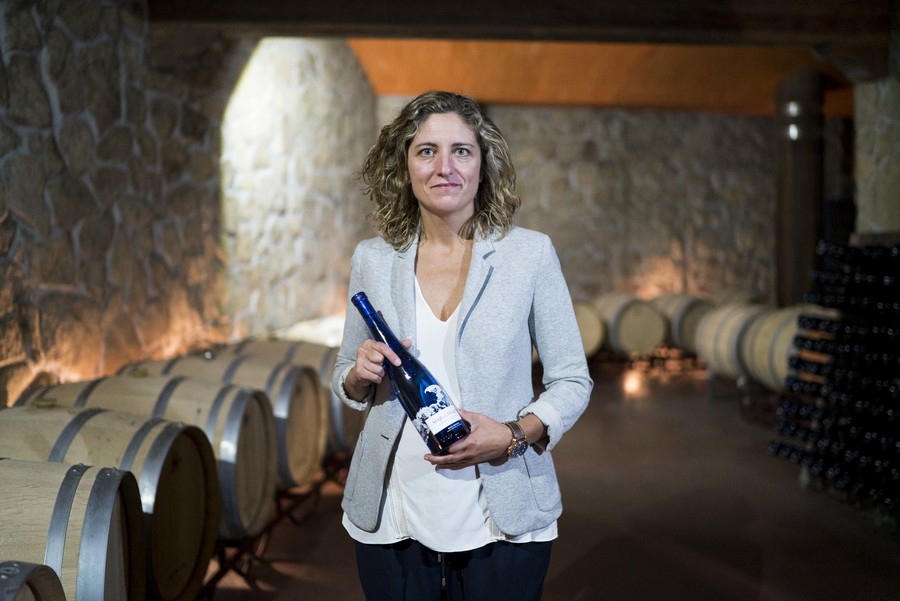 From a very young age, she felt a passion for the countryside and for
the grapevines. Her wine-growing background was passed down to her directly from her ancestors, her grandfather had always worked with small wine-makers in the Rías Baixas region, a passion handed down from generation to generation.
She graduated in Technical Agricultural Engineering from the University of Santiago de Compostela, having specialized in Agrarian and Food Engineering and she is also an Agronomy Engineer, having specialized in viticulture and oenology.
She first worked in the wine-making sector in a small winery in Rías Baixas with its own Albariño vineyard where she combined technical field work with oenology.

﻿She has worked for Zamora Company (Mar de Frades)  since joining the company in 2007. She is part of a cross-discipline team and
her current duties and responsibilities involve managing the Rías Baixas Appellation of Origin Mar de Frades winery where she combines technical field work with oenological duties, completing the full cycle of Mar de Frades Albariño wine.
With her at the helm, Mar de Frades has become one of the leading
wineries in Spain, and one of the most prestigious white wine brands in the sector. Her work has been recognized with several awards for her wines and also for Paula Fandiño herself with her being named one of the 10 most influential female oenologists in Spain by the prestigious British magazine Drinks Business in December 2016